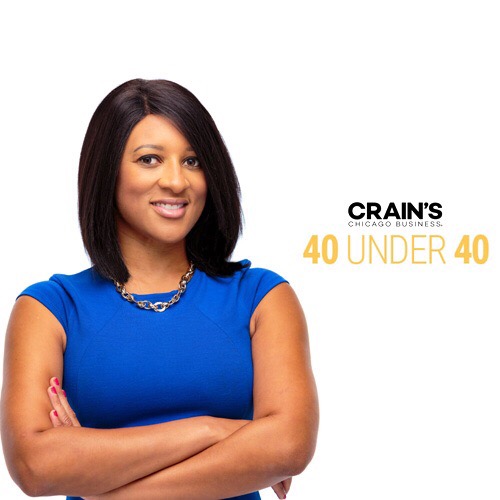 Crain’s 40 Under 40: Spotlight on Business Leaders

We want to congratulate our CEO Chris-Tia Donaldson on being selected for the very prestigious 2016 class of Crain’s Chicago Business “40 Under 40.”

Since 1989, Crain’s has honored more than 1,100 people, many of whom have gone on to receive national recognition. Among the stars who have earned the title since the list’s 1989 inception are Barack Obama, Oprah Winfrey, Rahm Emanuel, Lisa Madigan, J.B. Pritzker, Grant Achatz, Ken Griffin, Harper Reed, Alpana Singh and Hebru Brantley.

The 2016 class continues this tradition. Selected for the honor from more than 1,000 nominations are the following: a record-breaking musical artist who just returned from a major tour; a nationally recognized chef; a scientist who is leading the international fight against Alzheimer’s; and a host of bright young company founders and CEOs who employ people around the world.

We want to thank Crain’s Chicago Business Magazine for featuring Chris-Tia along with these other amazing individuals. In the never-ending small business arena, there is always work to be done, Chris-Tia continues grinding towards her goal of making tgin a household name.