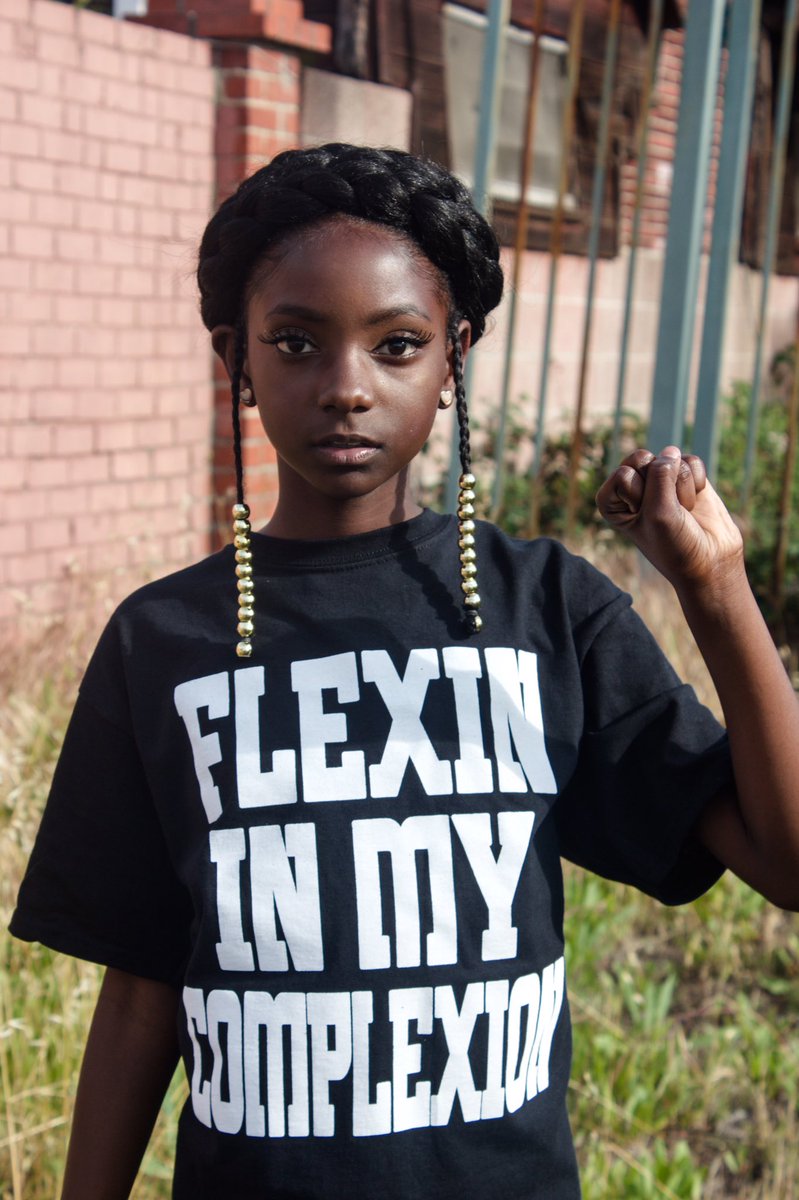 From an early age Taylor Pollard older sister of 11 year old Kheris Rogers recognized the insecurities in her little sister due to her darker complexion. She would ask to stay in the bathtub longer in hopes of her skin becoming lighter and often came home from school upset from being teased in school due to be darker than the other children at her primarily white school.

Roger’s mother made the decision to relocate her to a new school but she still faced bullying. Kheris’s amazing older sister wanted to help her sister become more confident and comfortable in he own skin so she took photos of her sister and uploaded them to social media with the hastag #Flexininhercomplexion. The photos were a huge hit online and soon went viral.

After the success of the viral photos and tons of support from women and men online the sisters decided to start their own line using the phrase that helped garner so much attention to the online photos, flexin in my complexion. Since the inception of their business Kheris has gotten funding for school, as the proceeds go to her college education, been in fashion shows, and the muse of many photographers as well as expanded their brand to include more clothing options and accessories.

Only just getting started we know this sister duo is sure to continue to do amazing things in the future.

You can support the sister duo by visiting their website here.

How do you flex in your complexion?