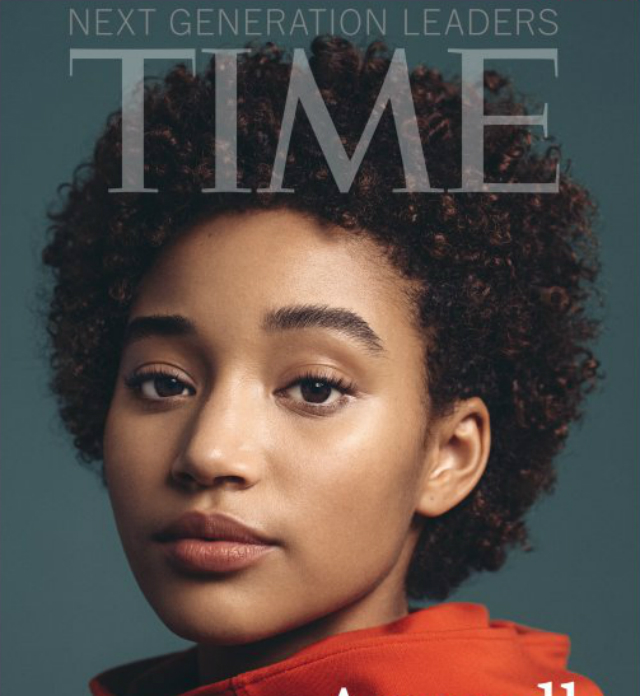 It’s not often we see some of our fave young leaders grace the cover of the prestigious Time magazine so when they do of course we have to acknowledge it.

Star of new movie, “The Hate U Give” that shines a light on police brutatlity, Stenberg is not one to hold her tongue when it comes to issues of race and equality on or off the screen.

In the novel based movie, the 19 year old actress plays Starr, a teenager in a lower class family attending an upper class white private school. Starr witnesses the killing of an unarmed black male who happens to be her friend  by a white police officer and is stirred to become an activist.

Amandla explains that the film made her also concentrate on the unfair treatment many African Americans face in today’s society especially by the police.

Aside from acting the talented young women who first stole our hearts as Rue in the Hunger Games is also a musician who currently uses music as a personal escape.

We can’t wait to see what the future holds for this extremely talented young starlette.

What is your favorite Amandla Stenberg Movie?